CEV CUP W: Russia’s VF – “If there’s evidence of misconduct in Istanbul, we will appeal” (VIDEO)

Russian Volleyball Federation does not yet want to officially react to alleged inappropriate behavior of the fans of Galatsaray Daikin İstanbul against Dinamo Krasnodar. It will make some steps only in case of evidence of misconduct. It is a general conclusion after several officials of Russia’s VF gave statements on this case.

“Of course, we are looking very closely at this information. It is very hard to believe that this behavior of the Turkish fans occurred, but if we see some evidence of that, there is definitely a chance for an official response,” said Dmitriy Peskov, press secretary of the President of Russia. 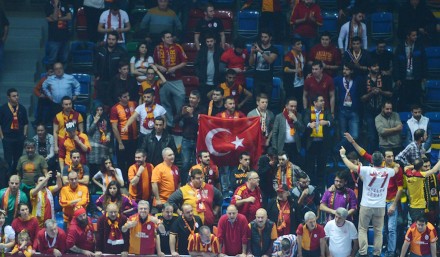 Earlier, Tatyana Kosheleva, the player of Krasnodar, complained about the behavior of the Turkish fans and rival’s coach. The coach of Galatasaray responded to the accusations as well as some Turkish media.

“It’s always very tense in Turkey, but in recent years this is the first such an incident. It’s frustrating because we have good working relations with the Turkish Federation, so I believe that policy should not interfere with the sport,” stated Stanislav Shevchenko, the President of Russia’s VF.

“I did not read the comments of Tatyana (Kosheleva), but I think that the Russian Volleyball Federation will not respond to the behavior of the Turkish side. The fans themselves may behave as they want, it’s their right, and as for the coach of Galatasaray, it only reflects his upbringing and norms of behavior. If there is evidence of misconduct of the fans and coach of Galatasaray, we will appeal to the Disciplinary Committee of the CEV,” emphasized Vladislav Fadeev, General Manager of the Russia’s VF.

RUS M: When you are happy despite...