After winning five consecutive championship titles, Dinamo Kazan won't get the opportunity to fight for the sixth title in a row after being defeated in semifinals against Uralochka! 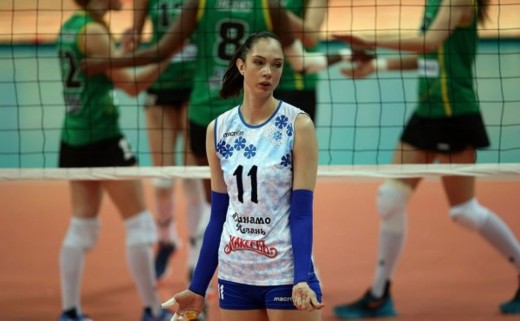 Sinead Jack led Uralochka to the win with 22 points while Kseniya Ilchenko contributed with 20 points. Irina Zaryazhko had a good role with 17 points.

The Bulgarian star Elitsa Vasileva had a good display in Dinamo KAZAN‘s jersey but her 27 points were not enough. Antonella del Core had 17, while Ekatarina Gamova ended match with 11 points.

Dinamo MOSCOW were the favorites against Dinamo KRASNODAR and they simply smashed the rival in three sets to enter the finals – 25-21, 25-14, 25-22! The team from Moscow and the team from Sverdlovskaya oblast will fight for the championship title!

I guess that CL food poisoning was worse then we thought.

Spiridonov on FIVB punishment – “I will...