GREATEST OLYMPIC FINALS: Grankin’s save that changed everything… (VIDEO)

When you are down by 0-2 in sets against Brazil, then your chances of winning the match are just very, very small. But, if you believe in success until the end, then everything is possible. And, Russia did believe at the London Olympics 2012. 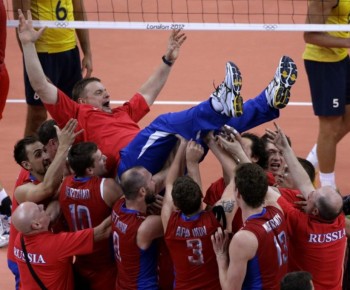 Only three Olympic Finals was decided in tie-break. The first one happened in 1976 when Poland defeated the Soviet Union, the second one occurred in 1996 when Netherlnads downed Italy, while the last one was 4 years ago in London. It was the historic clash between Brazil and Russia.

Brazil had a counter-attack, but Sergey Grankin made a miraculous save and Russia scored a point couple of moments later for 28:27. Finally Alexander Volkov made a block and Russia won the 3rd set by 29:27.

You can see Grankin’s save in the following video.

By reducing the overall score to 1:2 in sets, Russia took over the control over the match. With amazing Dmitriy Muserskiy on their side (31 points), Zbornaya won the 4th set by 25:22 and then the tie-break by 15:9. Most importantly, they won the gold medal at the London 2012.

POL M: Zaksa and Jastrzebski did not get license for 2016/17 PlusLiga!