RUS M: Mikhaylov – „In Rio we had feeling we were constantly under threat of attack“

For the first time since 1996, Russia Men's Volleyball National Team remained empty-handed during presentation of medals at the Olympic Games. In 2016 Rio Olympics, the „Zbornaya“ was fourth, losing bronze medal match to the USA. 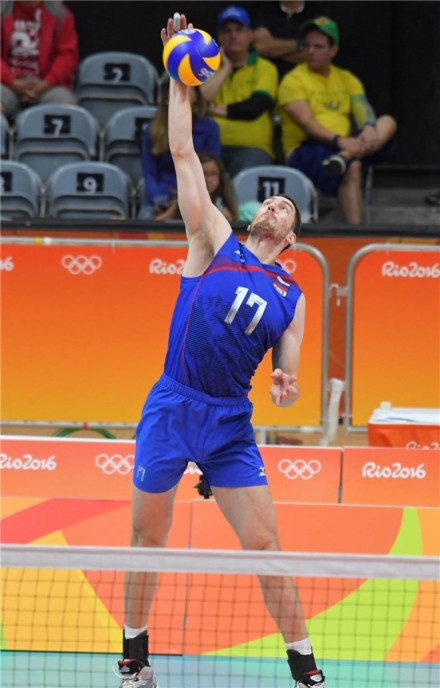 One of Russia’s leaders on the court, Maksim Mikhaylov, shared his thoughts on the reasons for the failure and agreed Russian Volleyball Federation should reduce a number of foreign players in the national championship.

He had another interesting observation but it was mostly in regard to the Rio Olympics organization.

„For me, this was third Olympics, and, frankly, memories about it will be the scarcest. It was justifiably written everywhere: the level of this Games cannot even be compared to London and Beijing. Eight years have passed and the level of organization was then much higher than now. There was a lot of dirt around, a lot of soldiers with weapons. We had the feeling that we were constantly under threat of attack. There was not a sports atmosphere. There was situation of some kind of a political warfare,“ Mikhaylov said to „R-Sport“.

His teammate Sergey Tetyukhin stated that he had a feeling in Rio that athletes from other countries didn’t like Russia and its athletes. Mikhaylov disagreed by saying that he didn’t feel any type of unkindness from the others.

POL M: Corruption case at the 2014 World Championship in Poland?

Someone needs to informa him that, they were under threat of attack, if there were no soldiers everywhere they all could be dead by now. And if we did not like that feeling tell him it was not Rio`s fault but ISS and all others terrorist groups. Sure the organization of these games were not the best, but he should at least feel thankful that everything were given for free, and be thankful for all the volunteres, and be thankful with Rio`s police that kept everyone safe.