Member of Belogorie Belgorod coaching staff, Aleksandr Bogomolov, revealed an interesting fact from his life - he has listened to the advice of two former players of firece rivals Zenit Kazan in regard to career of his daughter. 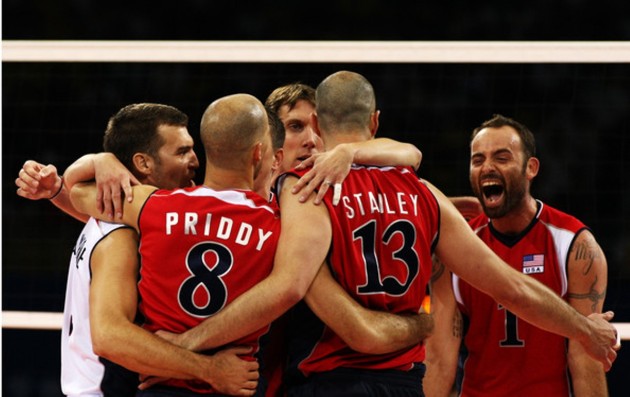 Belogorie secured playoff spot in the Russian Men’s Volleyball Championship (Superliga) and still have a chance to go to the Final Four of the 2017 CEV Champions League. Still, this chance is not big since they lost 1st leg to the title holders and rivals from back home Zenit Kazan.

Rivalry between these two teams lasts for years but it does not stop people involved in it to listen to the advices from the opposite side. One of Belogorie coaches, Aleksandr Bogomolov, sent his daughter Mariya to the USA college on the proposal of the two ex-Zenit players Lloy Ball and Clayton Stanley.

„Masha (Mariya) played in the youth team of Zarechie and the Junior (national) team. She did well as opposite, but she does not have the highest growth – 1.87m. At the adult level with such growth it will be difficult at this position. She needed to re-qualify to the receiver, to learn the technique of reception. In general, this process is long and time-consuming. We began to think and then there was a variant with the USA. I called Lloy Ball and Clayton Stanley, consulted with them. They said that Seattle (Washington State) is one of the most prestigious universities in terms of education and one of the best for playing volleyball. Last season they were in the top 8. We sent a video with her to the University of Washington. The coaches said: ’OK – without asking questions. But, it was not easy to enter. All examinations are in English, including mathematics. Masha spent a year and a half studying language. As a result, she took off and managed to pass,“ Bogomolov shared an interesting life story with „Biznes Online“.

THA W: It’s official – Thailand and Korea to play all star in Bangkok

F4 in Rome: Maxim Mikhailov is the...