Belogorie Belgorod kept breathing down Zenit Kazan’s neck as they beat Gazprom-Yugra Surgut in the 8th round of the Russian Men’s Volleyball Championship Superliga. 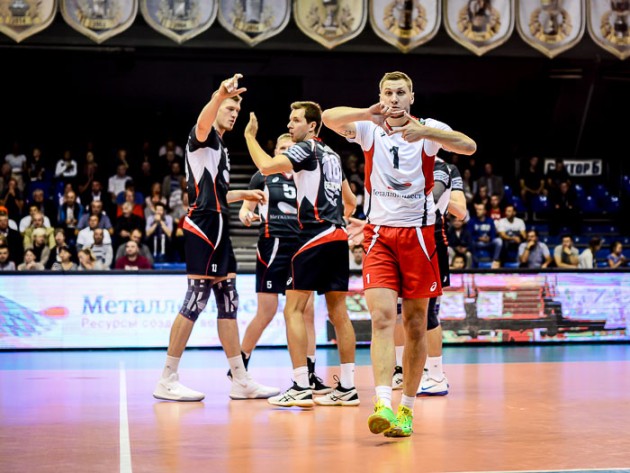 Belogorie reached a 7-1 record in Superliga after they beat Surgut on the road in straight sets, partially 25-20, 25-22, 26-24. Dmitriy Muserskiy had an outstanding display for Belogorie, showing his versatility. He scored 17 points of which he made 9 in the attack, 5 in blocking and 3 in serving. Only Zenit Kazan with an 8-0 record stand in front of Belogorie in the rankings.

In a derby of Round 8, Lokomotiv Novosibirsk beat Kuzbass Kemerovo in four sets to break own two-game losing streak. Nikolay Pavlov scored 22 points for the winning side while Ilyas Kurkaev contributed with 7 kill blocks! Viktor Poletaev made 21 points for Kuzbass.

There are no winless teams anymore in the Superliga as Dinamo Leningradskaya Oblast swept Yugra-Samotlor Nizhnevartovsk, while Zenit Sankt Peterburg disappointed their fans for the fourth consecutive time. A newly formed club lost to Nova Novokuybiyshevsk by a 3-0.

A shock therapy paid off to Dinamo Moscow. Led by the new coach, the team from the Russian capital outplayed Ural Ufa thanks to 17 points from Yuriy Berezhko. The Belarusian Rodion Miskevich scored 11 for Ural.

RUS M: He has just entered among...