The Federation of Sports Journalists of Russia has selected Sergey Tetyukhin as the country’s best athlete in 2012. The Russia men's squad were recognised as the year’s top team. 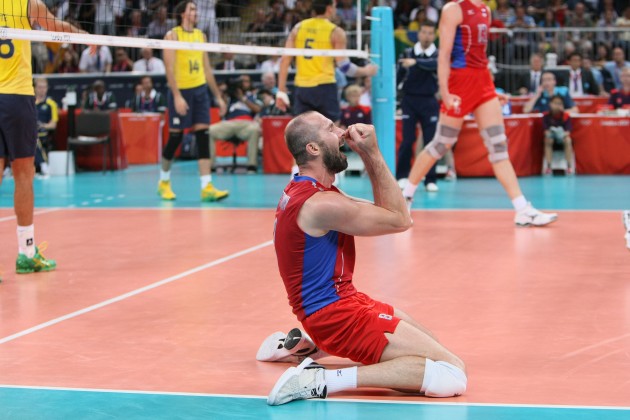 Every year, the organisation honours the top male and female athletes of the past 12 months, as well as the most impressive team. With the London Games dominating the summer of 2012, all three awards went to Olympic gold medallists and Russia’s dramatic victory in men’s volleyball accounted for two of them.

Tetyukhin has been a pillar of Russian volleyball for nearly two decades. With five Olympic appearances under his belt, he is one of only four players in the world to own four Olympic medals – in addition to his gold medal from London he took silver in 2000, bronze in 2004 and bronze in 2008. The 36-year-old has played well over 400 matches with the national team.