At the end of the gold medal match of the 2018 CEV Champions League at Basket Hall, in Kazan, Russia, the Cuban superstar Wilfredo León revealed to the media that he sustained an injury just before the Final Four. 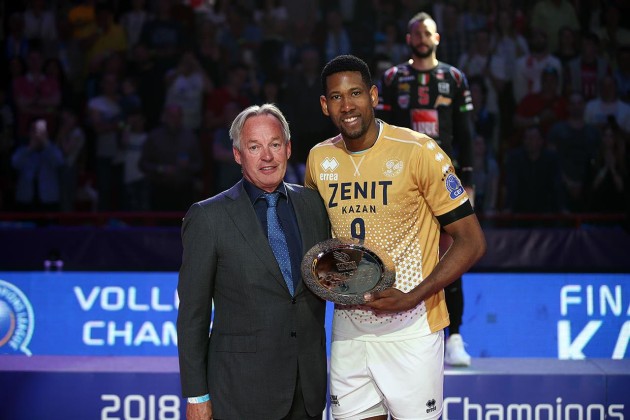 „I played Final Four with an injury. My leg hurt, but it was my daughter’s birthday today (day of the final match), she turned one. I decided that I cannot miss the game on such a day. I wanted to prove that I can do it. I’m very glad that we won. I am the happiest person in the world. My family is there, my team won five titles out of five possible. I’m happy. What else can I ask from God?” León said after he won the 2018 CEV Champions League title with Zenit Kazan and poured in 33 points despite being injured.

“I do not rule out returning to Zenit in the future. This club gave me a chance, it believed in me. This means a lot to me. Let’s see what will happen in a few years,” the Cuban outside hitter commented on the fact that he signed with Sir Safety Conad Perugia, Italy.

Leal’s replacement comes from a club in which he moved: Cruzeiro sign Sander!

RUS W: Kosheleva will be held at...