The head coach of Vizura Ivan Steljić has left the team in the middle of playoff semifinals! 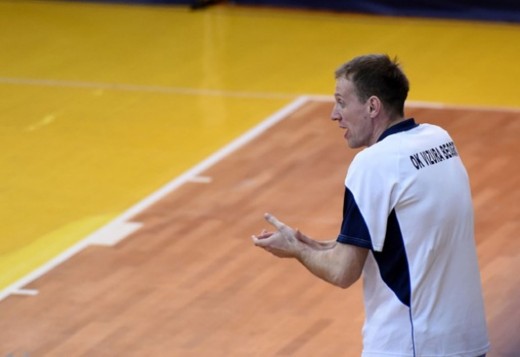 Steljić has explained the whole situation to the Serbian website zurnal.rs:

“On Saturday morning, I received a phone call from the president’s wife. She resented me because her daughter Ana Matović didn’t get too much space on the court. According to her, she deserved to spend much more time than Sara Lozo. Even she insisted to put her in starting six in the next match and if she plays bad, Sara Lozo will replace her.”

How did you react on these comments of president’s wife?

“I thanked her and explained to her that performance of Sara Lozo was not that bad. She had 22 serves, six aces, two blocks and a lot of good defensive moves. All these were proof that beside not that good display in attack, she is a hundred percent focused and useful for the team. I took her out in the third set, and Ana entered the court and she played very well. Because of these and similar substitutions, we scored the victory” says Steljić.

You’ve decided to leave the team after all?

“Yes, I told the players before the start of my last practice and of course to the president Zoran Radojičić. He wanted to change my mind and to present the gesture of his wife like a parental concern. I understand hime, he is a great president, he loves his club and he contributed to the volleyball comunitty so much but he can’t control the strong influence of his family. I simply couldn’t stay there anymore” says Steljić.

Recall that Ana Matović is a daughter of president Zoran Radojičić and she plays in Vizura that currently are trailing in the playoff semifinals. Spartak lead 2-1…

POL W: Impel don’t give up on finals, tie series against Trefl