Turkey ended up in fifth place in the final ranking. The boys of Ali Kazim Hidayetoglu found themselves more motivated to win this classification match than their opponents from France and emerged victorious after four sets. Two players got on top of the scorers’ chart as Yasin Aydin from Turkey and Timothee Carle put down 20 points each in this game. 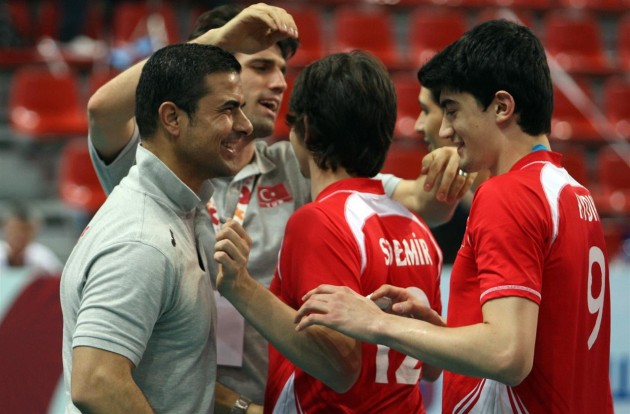 The first set saw several changes in the lead, but after 16-16 Turkey took over. It was Turkey’s blocking that made the difference in this set before a powerful spike by Emincan Kocabas closed it at 25-23. With improved serving the Turks were ahead of France pretty much throughout the second set and an opponent’s serving error helped end it at 22-25. In the third set, Slimane Belmadi’s guys greatly increased their spiking efficiency. Tomothee Carle was unstoppable as he scored 9 points for France, but then it was captain Luka Basic that put the ball on the floor for the final 25-23. Set 4 was all about Turkey. Its blocking was once again on a very high level. Yasin Aydin scored 7 points in this set, including the last one, as he slammed the ball for 25-17.

Find the full game statiscitcs from this Championship on Statistic.