The national team of Turkey have once again pleased the home crowd at Baskent Volleyball Hall in Ankara. The local heroes claimed their third straight-set win at the FIVB Volleyball Men's U21 World Championship in Turkey as they shut out Egypt by 3-0 (26-24, 25-23, 25-13). 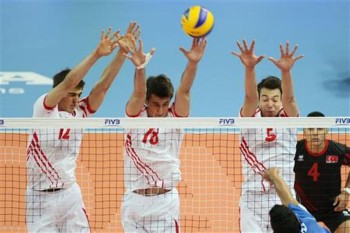 Three out of three for Turkey after they shut out Egypt

Metin Toy’s 11 points for Turkey put him on the top of the scorers’ chart of the match. Mostafa Abdelrahman tallied 8 points to become Egypt’s most prolific player in the game.

Shortly before the end a ball hit Turkey’s captain Baturalp Burak Gungor in the face and he had to sit out the rest of the match.