Tomorrow VakifBank will defend its title of Europe! In the first semi-final of the CEV DenizBank Champions League in Baku they have defeated Eczacibasi VitrA with 3-1! 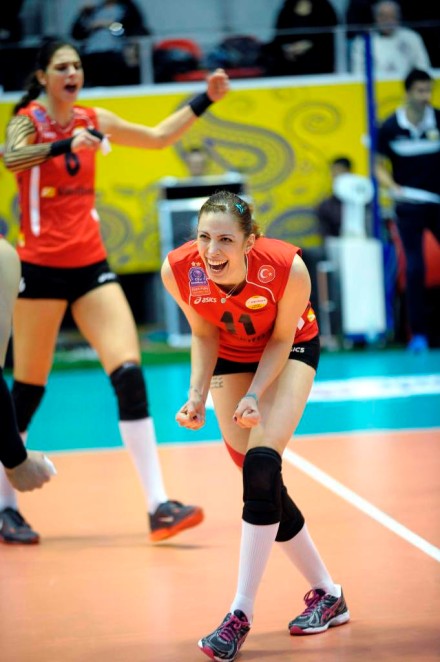 The first set was tight until 18-18. With strong service Senna Ušić has been leading her team to 22-18 when coach Gudetti took the second time out. Furst made point for 22-19 but Costagrande returned point to the opponents with mistake (23-19). With two blocks Eczacibasi finished this set 25-19.

The second set started with 8-5 for the “Orange” (in that moment Azdemir Naz got injured) but shortly thereafter, the current champion equalized 8-8. Gudietti`s girls started to play well while on the other side Eczacibasi have made a lot of mistakes (three in row from the service line) 19-15. At the end Vakif had more confidence and on the scoreboard was 25-19.

During the third set the result was going up and down, both teams took turns in the lead but after 17-17 Neslihan Demir scored three important points for 22-19. But…with good block and strong attack of Gozde, VakifBank made five points in row for 25-22!

In the fourth set VakifBank easily reached the victory and thus qualified for the finals of this prestigious competition. And what is more interesting the whole match the coach Guidetti played with the young setter Cagla Akin. 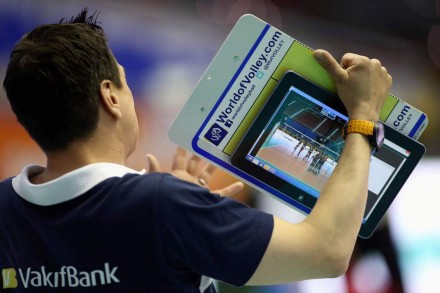 Semifinals of the Final Four 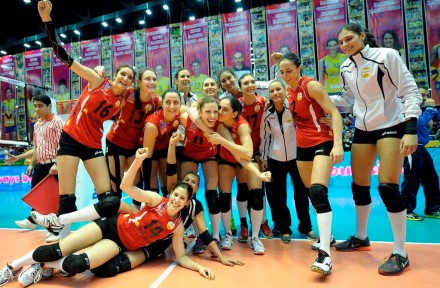 Click here for more detailed information on the Final Four in Baku.
Live photo gallery from the events in the Azerbaijani capital is available here.