GER W: Guidetti stirred up and took it back

written by WoV May 6, 2012 source: volleycountry.com

Besides filling into the semifinal question marks, there was one controversial press-conference comment which soon needed a lot of walking on the eggshelves. 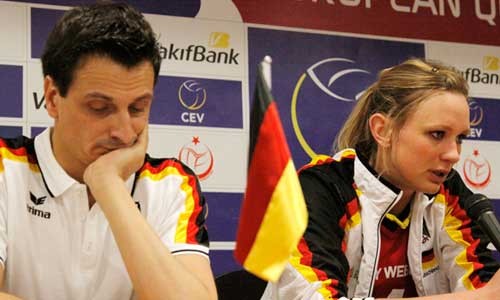 It is hard to be coach of a national team and at the same time coach of one the strongest clubs and sponsors of the event´s hosting country (Vakifbank Istanbul).

At the end of the Day 3, after battle for the 1st position in Pool A against Turkey which Germany lost 3:1, Giovanni Guidetti was very frustrated.

We understand why – both teams played hard match with long rallys, great pace and defence, yet there was something what did not grace the game – some of the refrees´ calls.

„It was hard game where both teams could win, but the organizators of this event are doing everything to make Turkey win. For us today, to win 25 points was not enough to take the set – we needed 30 points in each of them which we cannot make,“ Guidetti complained at the press-conference (where his words remained untranslated) and then on his website. 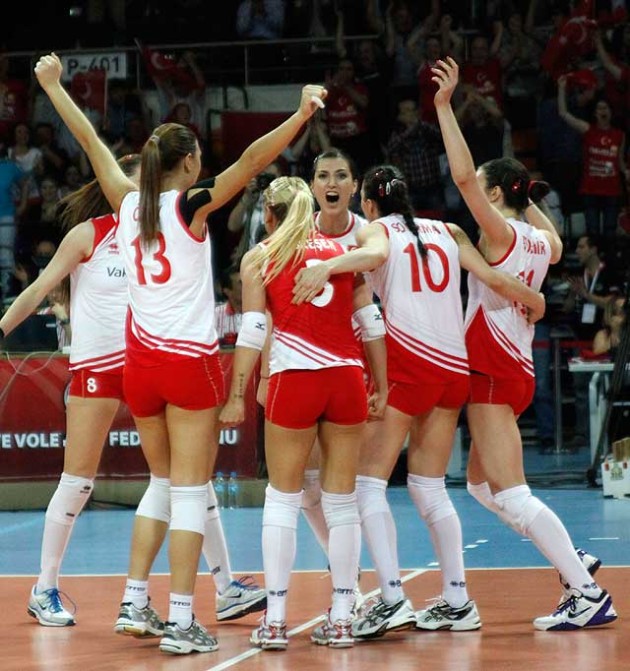 Later on, Guidetti took his strong words back in press release. „I did not mean to say anything about Turkish Volleyball Federation, I was only disappointed by the referees, as every coach sometimes is, and I wish good luck to Turkish team.”So everything is clear and denied in Ankara, but we still guess that Turkey will need to use their home team advantage tonight in semifinals against Russia which is getting better match after match and which yesterday broke semifinal dreams of enthusiastic Holland and won 1:3.

Also Poland was counting their chances for semifinal matchups carefully and – did we see it well? – was trying to lose their match against Serbia. But sometimes, even defeat does not come easily – Poland suffered a 3:2 victory and will face Germany in semifinals.

FRA W: Anny Courtade is made a Legion of Honor officer