Good news? This year´s edition of Turkish league has started. Bad news? This year only 2 foreigners are allowed on court and one on bench in Turkish volleyball competitions. 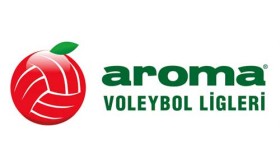 After last five years with „3+1“ and „3“ rules, it was expected that this new „2+1“ rule might cause problems to clubs which are going to play European cups.

However, no other Turkish club except of Arkas Izmir was interested in changing the limit to 3 foreigners when federation asked about it.

If the main reason of „2+1“ was development of young Turkish players and improvement of Turkish national team, it is a fail – the first league round has proven that „greenhorns“ do not get the chance anyway, as most of the clubs rather plays with experienced „elders“.

With 5 foreigners in roster, Arkas Izmir is currently the only men´s Turkish club with more than 3 foreign players and as one of them is setter (American Olympic winner Kevin Hansen), this club might be the only club strongly affected by this rule in Turkish league.