Although the young Czech talents lost the first set, the team of head coach Stanislav Mitac bounced back bravely to beat Bulgaria impressively. 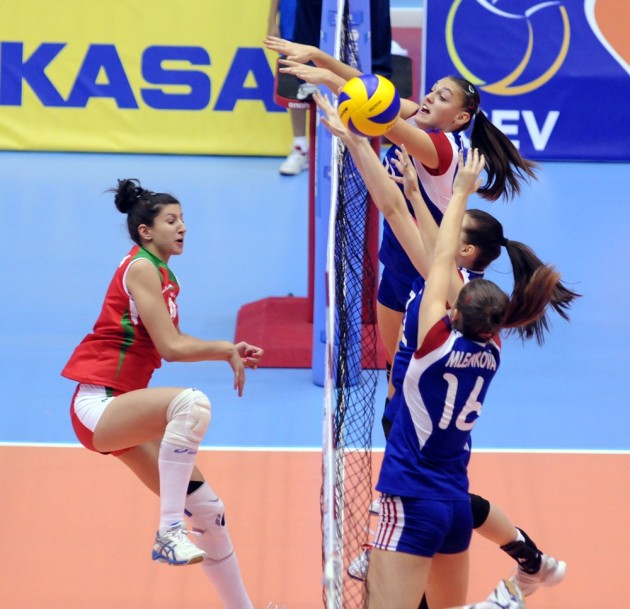 Czech wing-spiker Michaela Mlejnkova topped the scorers with 18 points.  It was the first win for the Czech team at 2012 CEV Junior Volleyball European Championship – Women. The match had no impact on further rounds of the tournament as both team have already been eliminated, but it was important for both sides to finish with positive emotions.

Bulgaria experienced the better start into the match. Even though the Czech team came back at the end of the first set, the team of Bulgarian head coach Radoslav Bakardzhiev pulled through (25-23). However, in the second set, the Czech ladies took over control. At the second technical break, the Czech Republic already led by six points and never looked back (25-20). The plot of the match didn’t change much in the third set. Bulgaria tried its best to resist, but a well-timed Czech time-out at 22-21 brought the Czechs back on track (25-22). The match was over as a contest now, offering the young Czech team a merited 3:1 win (25-20).