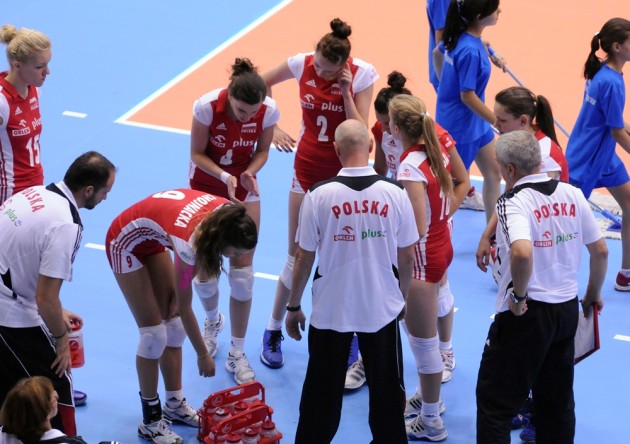 German opposite Lisa Izquierdo topped all the scorers with 15 points. The promising German talents, playing without any pressure, jumped out for an 8-4 and 16-7 lead at the first and second technical time-out. On the other side, the Polish team acted very tensely, being probably too much aware of the difficult task they had to fulfill tonight.

Germany never looked back in the first set (25-19). Trailing 5-8 in the second period, Poland tried to bounce back, but the team of head coach Han Abbing kept control (16-14). Some sharp serves from captain and setter Magdalena Gryka moved the scoreboard forward in the West Europeans favor (25-20). Even when the Polish squad did its best to come back in the third set, Germany kept the upper hand. Both teams had several set balls, but only Germany managed to take advantage of one of them. After 74 minutes, Germany ended the clash in their favor (29-27), improving their win-loss record to 3-2. Poland on the other hand missed their opportunity for a semifinal ticket, finishing third in Pool II.

German head coach Han Abbing: “I guess the Polish team felt a lot of pressure. We played freely, relaxed and with confidence. That’s why we finally won that easily.”

German captain Magdalena Gryka: “We played quite spontaneously and tranquil. We made powerful serves and solid passing. All parts of the game were good for us.”

Polish head coach Andrzej Pec: “I don’t know what to say. Maybe we should ask the players. We trained well and the preparations for the match were great. But after having lost the first set, we stopped playing.”

TUR W: Eczacibasi gets the championship back...