Our body has a daily system inside called “Biological Human Clock” that maintains the synchronization between our body parameters (hormone secretion, body temperature, blood pressure, sleep cycle, cells regeneration..) and the natural cycle of day and night (light and dark) by natural stimulation (like sun light, ambient temperature…) as well as social stimulation (for example, lunch or dinner at the same time, training intensity). 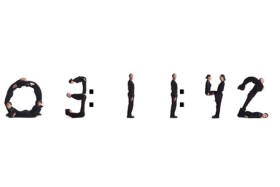 The knowledge of these variations (circadian rhythm) in athletes body can make more sense in our training programs  to better manage timing and intensity of fitness work-out as well as ball training.

Particularly trainers have to consider daily blood concentration of some hormones like CORTISOLO, TESTOSTERONE and GH that fallow sinusoidal trend:

CORTISOLO is the hormone of stress (increases with stress like training) and produces physiological effects like glucose production from fat and protein, saves glucose for the brain and acts as anti-inflammatory agent

It has negative effects like protein catabolism converting amino acids into carbohydrates (muscles decreasing especially for fast twitch fibers, which is very important to us) and inhibition of protein synthesis (difficulty of muscles growth). It’s important to know that after a long fasting the level of this hormone increases.  If an athlete skips the breakfast or eats a lot but only one or two times a day that will cause high levels of C., if he eats 5 times a day and starts with a good breakfast with slow carbohydrates, it will decrease C. level and protect him from it’s negative effects on muscles.

TESTOSTERONE is a male hormone produced from testis cells that travel for the main part full of proteins and partly contains blood that is ready to be used by muscle cells.

Level of T. increases during the exercise and stays high for an hour after training. He has two rising peaks: between 6 and 7 in the morning and around 17:30 in the afternoon. Numerous studies have demonstrated that short and high intense work-outs create an increase of general blood level (which is full of protein and free formula).

GH (Growth Hormone) is a peptide hormone with 3 secretional peaks (2 at the beginning of the night and one in the early morning time. It promotes cells growth and function, protein production and controls bones, muscles, connective tissue and enhances all the other tissue. It also promotes liquid oxidation instead of the carbohydrates as energy for our bodies and because of that it increases sugar blood.

Stay tuned for the part 2… 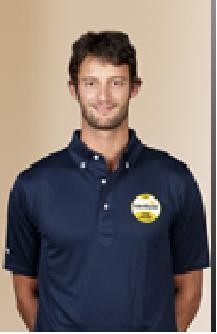 ARG: Cordoba held the 2.nd meeting of the SNA

Four Exercises to Get to Know your...

High-Intensity Workouts That Get You Lean &...