2004 Tomis CONSTANTA is the sole Romanian club still in contention in the European Cups after making it to the Challenge Round. Head coach Darko Zakoc and his assistant Constantin Alexe will most probably opt for a starting six including Diana Calota (Neaga), Claudia Gavrilescu, and Sherline Holness. 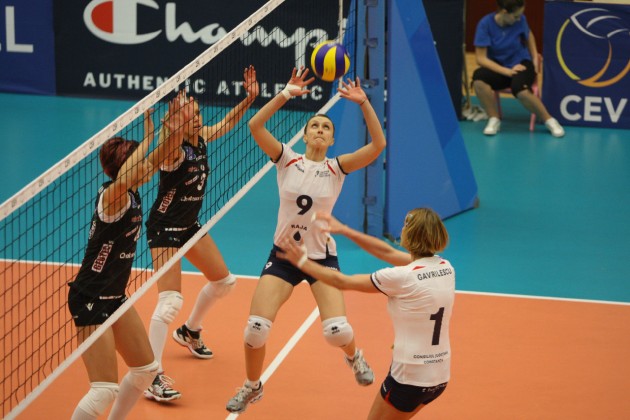 As they enjoyed a week of rest – they had a bye for the first round of the second half of the season in the national league – the players from the Black Sea got the opportunity to prepare for their upcoming clash with Russia’s Omichka OMSK REGION.

Currently ranked second in the standings of Romania’s national league, 2004 Tomis will play on Tuesday its home match with Omichka OMSK REGION before traveling to Siberia next week for the return game. The composition of the group did partly change in recent times, as Jeoselyna Rodriguez, Genesis Machado and Meagan Ganzer have left the club. Head coach Darko Zakoc and his assistant Constantin Alexe will most probably opt for a starting six including setter Diana Calota (Neaga), two middle blockers out of Claudia Gavrilescu, Sherline Holness, Elena Butnaru, Dominique Lamb, and junior Anamaria Serban, outside hitters Cristina Cazacu and Jasna Majstorovic plus liberos Marina Vujovic and Ana-Maria Dumitru. Serbian spiker Natasa Sevarika is currently injured and will be out for about a month.