Sopot, Poland, December 6, 2011. The CEV Volleyball Champions League will celebrate on Wednesday its real premiere at “Ergo Arena” in Sopot as the home heroines play Dinamo KAZAN of Russia for the second round of action in Pool C. 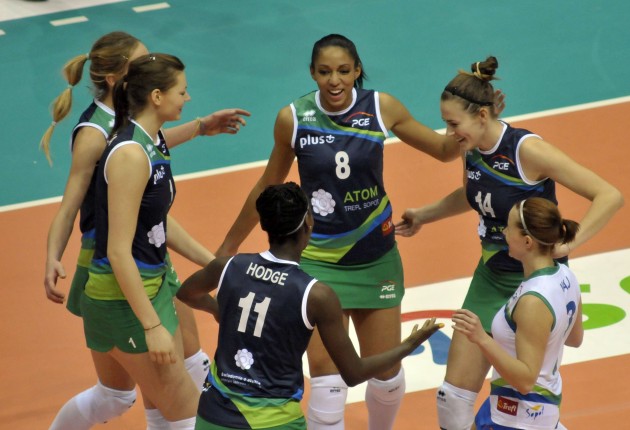 This is going to be an extremely interesting clash especially after both sides claimed their opening matches last week. Atom Trefl has got a very tight schedule this month playing one match almost every three days as the European campaign runs together with the national league. On Monday SOPOT played Impel Gwardia WROCLAW and head coach Alessandro Chiappini was glad this game did not cost too much energy to his players.

“I am happy that we took home three points with a speedy match. It was certainly not a nice game to watch but still we did our job. I could make some changes to the starting six and I profited of this opportunity” he says.

Tonight he will determine the 12 players that will take up the Russian challenge brought by Dinamo.

“I guess there won’t be real surprises and the group won’t differ from the one we had last week as we played Volero in Zurich” adds Chiappini.

Dinamo traveled to Poland already on Monday together with head coach Rishat Gilyazutdinov. The group is strong, with the main star being the MVP of the 2010 FIVB World Championship in Japan, Ekaterina Gamova. Some 3’000 fans shall make it to the venue according to estimates delivered by the hosting club.