CL: With one more round to go 12 teams already qualified for Playoffs

As the fifth round of play in the prelims of the 2013 CEV Volleyball Champions League was completed on Thursday, the starting field for the next stage of Europe’s most elitist competition, the Playoffs 12, is being gradually determined. 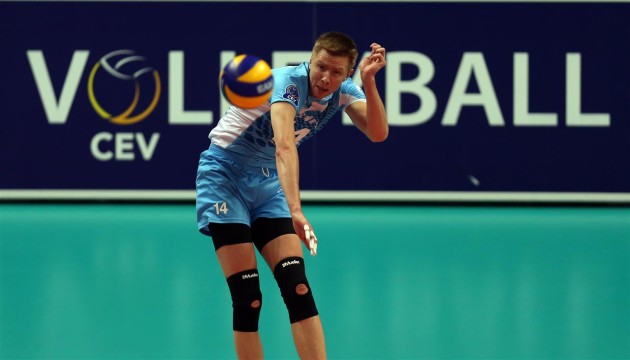 As for the men’s division, even with one more round still to go coming up next Wednesday, five teams have already secured the leadership in their respective preliminary group and thereby also a ticket to the Playoffs. Last year’s winners of Zenit KAZAN (RUS) scored on Wednesday their fifth consecutive win in straight sets and will probably travel to Belgium with their second lines for the last match in Pool A with Knack ROESELARE. Other teams with an impeccable record of five wins in as many matches are the four-time club world champions of TRENTINO Diatec (Pool C), last year’s silver medalist of PGE Skra BELCHATOW (Pool E), Belgium’s real sensation Noliko MAASEIK and Italy’s Bre Banca Lannutti CUNEO from Pool F and G.

In Pool B Germany’s BERLIN Recycling Volleys is still in contention for first place after scoring a terrific home win against the provisional leader of the group, Lokomotiv NOVOSIBIRSK; this means the last couple of matches coming up on Wednesday in Russia and the Czech Republic where Lokomotiv and BERLIN are set to play Budvanska Rivijera BUDVA and Jihostroj CESKE BUDEJOVICE respectively will be decisive in assigning the pass to the next round.

A similar scenario is to be registered in Pool D where the winning streak of Lube Banca Marche MACERATA was ended on Wednesday by ACH Volley LJUBLJANA; after a poor start with two consecutive defeats, the guys from Slovenia’s capital city have got back on track and currently sit in second place with 10 points, only two less than the star-studded Italian team. With ACH Volley set to visit the third-ranked side of the group, Germany’s Generali UNTERHACHING, on Wednesday, everything seems to be wide open as even the Bavarians still have a chance to make it to the Playoffs if they score a home win and end up being among the five second-ranked teams with the best score.

In the women’s competition seven out of the 12 spots available for the Playoffs were already assigned upon completion of the fifth preliminary round.

Turkey’s Vakifbank ISTANBUL and Eczacibasi VitrA ISTANBUL as well as the silver medalists from the 2012 FIVB Club World Championships of Rabita BAKU (AZE) have all prolonged their winning streak to five matches and have hence pocketed first place in their group. The first and second ranked teams of Pool C – Galatasaray Daikin ISTANBUL and Unendo Yamamay BUSTO ARSIZIO – and E – Dinamo KAZAN and SCHWERINER SC – are also already known, while the standings are extremely close in Pool F with three teams – Lokomotiv BAKU, Dinamo MOSCOW and Bank BPS Fakro MUSZYNA – still in contention for that much desired ticket to the next round. Additionally, RC CANNES and Uralochka-NTMK EKATERINBURG will be fighting for second place in Pool A, with a similar battle opposing AsystelCarnaghi VILLA CORTESE and Atom Trefl SOPOT in Pool B as well as Azerrail BAKU and Tauron MKS DABROWA GORNICZA in group D.

The prelims of the 2013 CEV Volleyball Champions League will be completed on Tuesday and Wednesday for women and men respectively; as the starting field was extended this year to 24 women’s and 28 men’s teams, the tickets for the Playoffs 12 are assigned as follows:

–    First and second ranked teams of each preliminary group (women);