The Argentine star underwent a shoulder surgery on Thursday morning at the Italian Hospital of Buenos Aires, physician Gabriel Solari (and former volleyball player) led the specialist team. The doctor said that "everything was according to schedule." This and other volleyball news read on Worldofvolley.com. 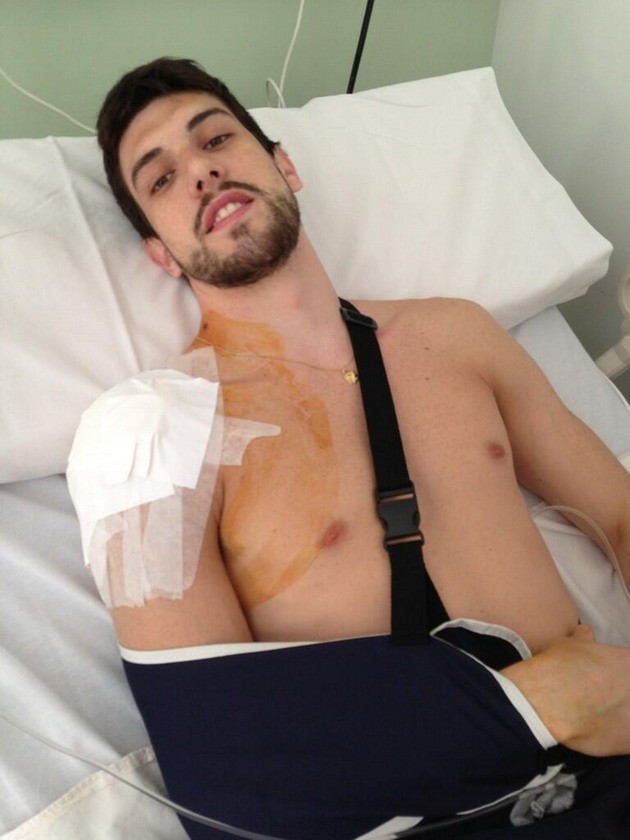 Hugo Conte‘s son had suffered a suescapular right shoulder ruptured and left the Argentine national team’s training camp a week ago in the pre-World League. Conte will not participate in the tournament. “It pains me to have to miss it but it was a decision I had to take because it was the best solution for my career,” lamented Conte in dialogue with the newspaper La Nacion.

“I’m still part of the team, but can not play because of the injury. The intention is to accompany my companions and friends and accompany this new process” said Facundo.

Coach Javier Weber had expressed concern: “It’s a significant loss for the team. Facundo was not often played in the Russian Dinamo KRASNODAR. I´m searching variants to take his place,” he said.

The new player of PGE Skra BELCHATOW confirmed in his Twitter account that everything is all right and thanked for the support of his fans: “Hello everyone! Arthroscopy was a success! Thank you all for the encouragement!”

Argentina is playing a few friendly matches against the Cuba´s under 23 team in Buenos Aires before World League´s debut. Weber put opposite Federico Pereyra in Conte´s place, who made 17 points to the South American victory.

ITA W: Season over for Kosheleva – she...

CHN W: Zhu out of national team this...