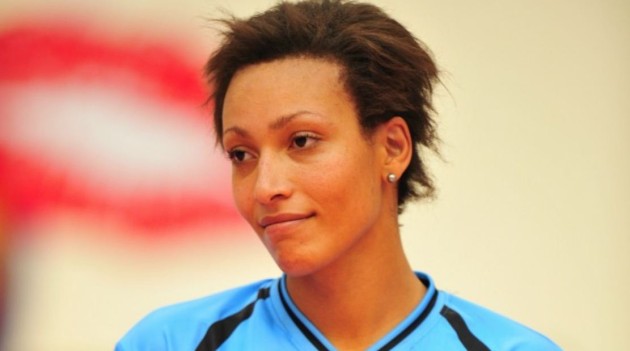 – Myriam, Venelles started the season with four defeats in the first four rounds…

– It is sure that the beginning of the season was difficult, but it is due to our preparation that was complicated. But that does not express the true value of the team. We had a lot of injuries, Leila (Tuifia) and I came back later, there were only four or five players in training.

– But after that, you have conceded only two times, against Cannes and Mulhouse, and you have three wins in a row. You started playing well?

– It was a great month of December, hoping it continues. Three straight wins, maybe four I hope (Venelles hosts Nantes on Saturday). This would be great.

– What are your goals in the season?

– The play-offs, mid table. It would be nice. But then we’ll see. We are having a little adventure with this new group. Europe? Why not, it would be great.

– What about the Brazilian Clarisse Benicio Peixoto, was she a good pick for your team?

– She was injured early in the season. It took her a long time to recover, it was a serious injury. But since her return, she is gaining momentum. She plays better each game.

– Are you personally satisfied with your season?

– (She hesitates) Yes … but the beginning was very difficult. There was a lot of frustration because I could not express all my capabilities.

– So you do not regret choosing Venelles …

– No, not at all. This is a great adventure.

– It was a lifestyle choice?

– Yes, for my family. Everything not related to volleyball is going very well. Volleyball will be going well too. It is in progress!

– Balancing the roles of mother and young professional volleyball player, is it too difficult?

– A final word on the France team and Euro 2013. This is a goal, knowing that Ukraine will be the rival.

– We believe in thoroughly. We still have a chance, we will do everything to grasp it. We work all year round with our clubs to perform in the national team. It is sometimes complicated physically, because the preparations are different. But it is a motivation.

Read our After sport’s career section, every Thursday a new story! Read about Boris Becker: Life after tennis for Wimbledon legend