There’s NO official announcement yet but, a source has confirmed that Russian beauty, Tatiana Kosheleva, has been released by her club team Dinamo Kazan. Source says that Koshe’s injury is the MAIN REASON why her contract has been terminated by Russia’s #1 club team. This and other volleyball news read on Worldofvolley.com. 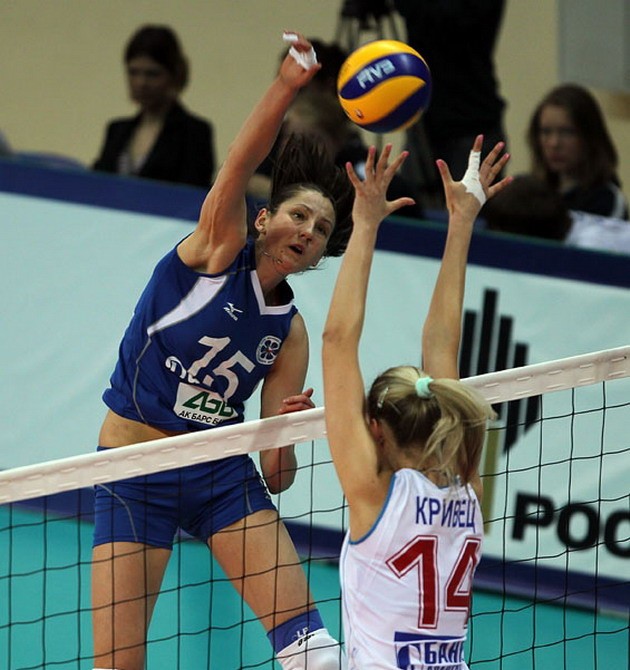 “That knee injury is Koshe’s biggest problem since July of last year. She went through a lot of physical therapy before the 2012 Olympics. Despite not being 100% OK to play, her doctors gave her the medical release to travel to London. She didn’t even get to play a full set during the tournament because of her condition”.

After London, Kazan thought the 23 year old was in good shape for the Russian League and the Champions League but that was not the case. A few weeks ago, she had to see her doctor because of the aforementioned injury.

Sadly, she is just NOT in the condition to compete this season so Kazan’s management had to let her go.”

Koshe was the breakout star of 2010 when Russia won the World Championship but her volleyball career has gone downhil since then.

We just hope that she gets enough time to rest now and fully recover for next season.

The Russian squad needs a player like her knowing that Gamova has made up her mind to leave the team.