POL W: Rachael Adams – At the beginning it wasn’t easy 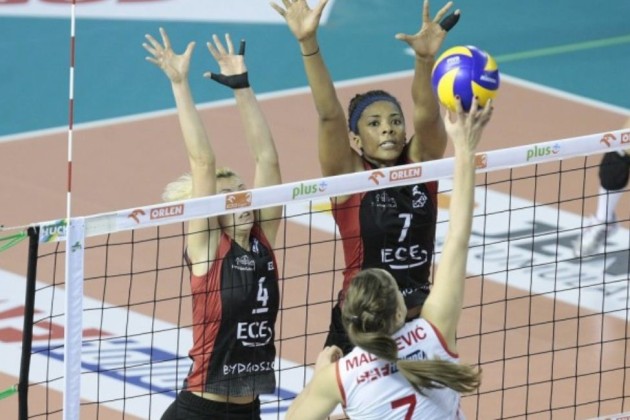 – How did you find yourself in the Polish team?

– At the beginning it was not easy (laughs). I could not say anything. During the game, often I wanted to say something, shout to friends, but all I could say was just “aaaaa” (laughs). It was hard and stressful. Communications in the game is extremely important, and it’s hard. Now I know what to say, what to shout when I want to pick up the ball. I also understand the coach. Every day is getting better.

– About your stay in Poland you write a blog. It’s very interesting – looking Poland through the eyes of a foreigner. What was most surprising in Poland for you?

– I can not point out one most surprising thing. But I was surprised when I had lunch with my friends from the team. One girl asked me what do we say before meals in America, because in Poland they say “tasty”. I was surprised because we do not say anything. Then she was surprised that we sit at the table without saying anything. I like to find cultural differences. You have some things that a novelty for me. Now I say “tasty” to people I do not even know (laughs).

– Why did you decide to play in Bydgoszcz?

– ORLEN Liga is very good. This is my first season outside of the United States. Club enjoys a good reputation. I was excited about going and playing in a strong league.

– What do you expect after your stay in Poland?

– I would like to get the best and develop. Play more confident, to be better at blocking and be consistent … Yes … I would like to become a better volleyball player in each element (laughs).

FRA M: Moreau thinks that Rouzier is tallented than him