INTERVIEW: Kevin Le Roux for WoV – “Our main goal is to qualify for the Olympic Games”

We know that Kevin Le Roux has a tight schedule but he has found time to give an interview for WorldofVolley. 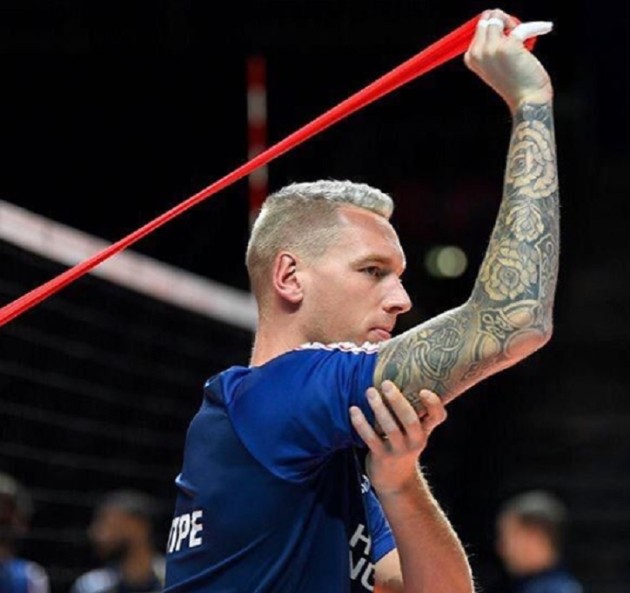 The French national team member Kevin Le Roux is preparing for his new challenge – Beijing. This is going to be his residence in the season 2019/2020. Firstly, let’s recall that national team season.

At the recently finished EuroVolley, France didn’t manage to win a medal. What Team Yavbou lacked to end the tournament with some medal?

„I think we missed some players at the end of the tournament, who were injured. If the entire team was fully fit and with good health, I know the results would be different.“

France have missed the first chance to qualify for the Olympics in Tokyo. How would you rate the performance of France in this tournament in Poland?

„I definitely think we could have done it better. Toward the end of the tournament, I think fatigue set had an important role.“

What are your expectations for the Olympic qualification tournament in January 2020?

„We want to qualify for the Olympic Games tournament and that’s our main goal. And of course, to stay healthy enough to compete at a high level. We all know it’s a difficult group, but we will fight until the end.“

In the last season, you were a member of Sada Cruzeiro. How would you describe that experience?

„My adventure in Brazil – it was an amazing experience. Definitely my favorite country and club in my career. I hope I will be playing again there.“

For the next season, you will be playing China for the first time in your career. Why did you choose China?

„I chose China because I’ve never played there and I’ve heard great things about Beijing. They offered me a contract at the very beginning of the summer transfer window and I couldn’t refuse.“

Did you receive some advice from Kevin Tillie about China since he has already experienced playing in this league?

„Kevin Tillie gave me a lot of tips about the team, the culture and the city. He explained the load of the training to me which is very helpful.“

Kevin Le Roux is a great MB, but I think he is still away from his real shape.