“Lang Ping was phenomenal player as she is coach” – Sykora

Former USA international Stacy Sykora says her former coach "Jenny" Lang Ping is the key behind China's renewed success in the FIVB Volleyball World Grand Prix as she looks ahead to week three of the FIVB's premier annual volleyball tournament for women, which starts on Friday.

“In my last blog I said that I thought that the World Grand Prix would be more intense and you could see that was the case in the type of volleyball played. There are many great teams in this tournament but in competition, one team wins and one team loses. Although China and Japan have won all their matches they both had to survive 3-2 encounters. Their respective opponents, Turkey and Germany are great teams as well. There will be more matches like this in the third week because many teams will fight to make it to the final week.”

“On the defeat of Brazil against Bulgaria last weekend, one factor that Brazil should remember is that the past is the past and it does not matter what they did yesterday, it matters what you do right now. That is what makes a good team, win or lose. They prepare the same and play with the same intensity and fight. Good or bad, it is still the past and cannot be changed. There will be upsets, defeats, victories – but the question is, what will happen tomorrow?” 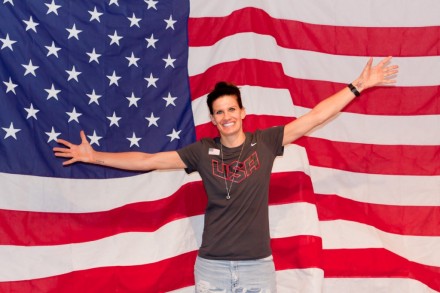 “For China, Jenny Lang Ping is the key. She was a phenomenal player as she is a coach. She just knows the game. She knows how to play and how to coach as well. She is one of the best. The Chinese team now is very fortunate to have the opportunity to be coached by Jenny. I think that they are a strong team and I am positive that Jenny has a lot to do with the success so far of the Chinese team. I learned many things from Jenny and she is a big reason why we got the silver medal in the Beijing 2008 Olympic Games.”

“I think that it was also a great win for USA against Serbia because they are young and their opponents were undefeated at that time. Any win at this point is crucial for each and every team. I think USA is playing well together and gaining vital experience for their young players. Once again, teams win games, individuals cannot and will not win alone.”

“I think all of the pools in the third week are going to have some great volleyball matches, but since China and Japan are undefeated and matching up against a few of the top teams, I believe those groups in Sendai and Wuhan are the two great pools. It will be interesting to see which teams will make it to the Finals.”

SRB W: Jelena Nikolić back on her feet