Dragutin Baltić, head coach of Volero Zurich, found some time for WorldofVolley. In the exclusive interview for our website, he revealed that Swiss team has the highest possible ambitions in all competitions. 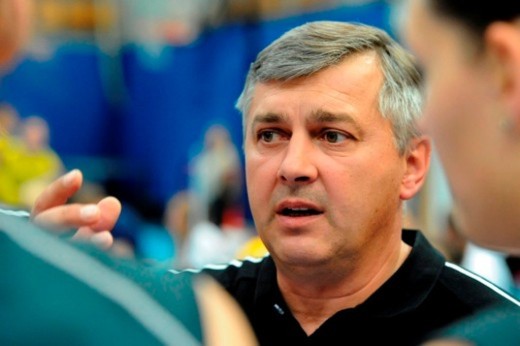 How much can  Volero achieve in the current season?

“This season we have a lot of new players. But, a lot of good new players. And it can be seen in our game. We were out of luck because our starting setter Ana Antonijevic got injured. But, the team is still strong, players are working hard, and we have high expectations. We want to qualify for the CEV Champions League Final Four and to win a medal at the Club’s World Championship. I think we can achieve those goals, although we are only at the middle of the season. January is very important month for us. We have three games in the Champions League and we need to secure the Playoffs round. When we do that it will be easier to think about our goals.”

Is the fact that you don’t have real competitors in the Swiss league problem for Volero?

“In every country there are strong teams and weak teams. Look at France, a big country, but with only Cannes as a top team. The same thing is in Germany with Dresdner…. In Switzerland there are several good teams. We play a lot of games during the season which can be an advantage, but also a disadvantage. So, we must use a large number of players. Anyway, regardless of the league in which you are playing, teams are getting better mostly in the Champions League games and on strong tournaments such as this one.”

Speaking about the Champions League, do you think that the competition is stronger than the last year?

“There are lot more strong teams than in the previous season. Last year Dinamo Kazan was better than the others and it was just obvious. VakifBank was also very good, but team lost the momentum before the Final Four of the Champions League. We wanted to be on that final tournament, but we ran into Kazan. As coaches likes to say we were both close and miles away from eliminating them. In this season there are more favorites. For example Eczacibasi made a very good team, there is Dinamo Moscow from Russia… There are simply more candidates for the trophy. It will depend a lot from the Playoffs draw” concluded Baltić.