Jenia Grebennikov has caused enormous commotion among volleyball fans on Twitter by agreeing to answer their questions in first ever Twitter interview of WorldofVolley! 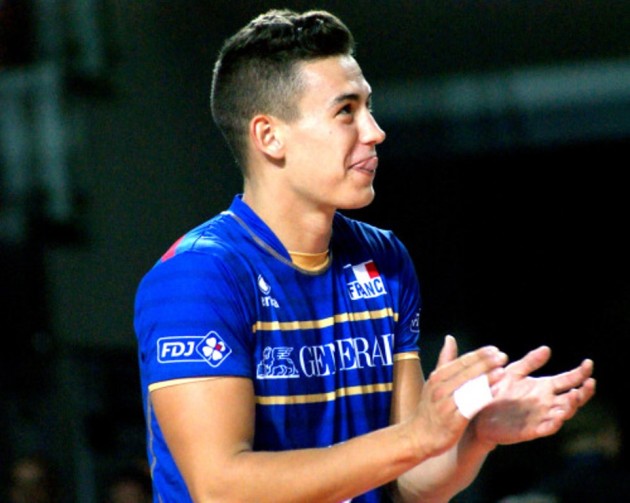 French libero from Cucine Lube Banca Marche Civitanova and worldwide volleyball star was patient in answering to your questions under hashtag #WoVChat, even to those which were a bit ticklish. You asked Grebennikov everything from his volleyball beginnings to love life and here are some of the answers…

How would you see yourself if you weren’t volleyball player?

What is your favorite sport beside volleyball?

If you could play another sport which would it be?

“Ice hockey, I played it before, when I was young.”

How does it feel to have fans around the world? Hugs from Rio de Janeiro, Brazil!

“I’m happy to be famous around the world, greetings for the best Brazilian city.”

What did you think when Blengini told you “stay long for cover” for the first time?

“Somebody need to take short ball, I just do what he says.”

At the beginning of your career, have you ever thought to leave volleyball?

“No, never, I just want to play volleyball, it’s my passion.” 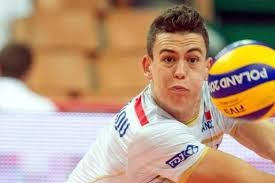 How did you feel when you received the call to play for the national team?

“I was 19 years old, I was proud to represent my nation.”

Do you like Italy? What do you think of Italian fans?

How many languages do you speak?

“French and Russian perfect… English and Italian only a bit.”

Who is your favorite non-French player?

If you have to choose only one trophy this season, would it be Italian championship or Champions League?

“Difficult question, but I would prefer winning Champions League.”

What does volleyball mean to you?

“Everything, because volleyball is my life… It’s pleasure to play and fight for my team.”

You seem really busy in your club, do you find the time to have a girlfriend?

“Yes, I have girlfriend and she is the best.”

If Lube win championship, would you dye your hair in club’s colors on condition that whole team does that (like Modena)?

“No, never. My father would kill me. I prefer staying like this if we win.”

What is your favorite color?

Last year you had number 10! Do you like this number and why?

Do you think you’ll play in Italy next year, too?

“Yes, I hope in Civitanova.”

You played some ice hockey when you were a teenager. Why did you stop it? Do you follow NHL?

“I stopped because my father was my volleyball coach in France.  Yes, I follow NHL.”

With whom do you hang out a lot from TeamYavbou?

“With everybody, I’m roommate with Kévin Tillie.”

Who is your favorite teammate from Serbia?

What was the most surprising gift that you got from your fans?

“One painting from Japanese fan.”

If someday Russia’s National Team call you to play for them, would you accept it since you also have Russian origins?

“I have Russian origins, but I feel French! Vive la France!”

Are you ready for tomorrow’s game against Halkbank Ankara?

“Yes, the whole the team is ready for big fight.”

“I love to defend,” Grebennikov concluded interview with WoV fans.