INTERVIEW: Erica Handley for WoV – “As setters, we know it’s our job to make the hitters look good”

Do you agree with the words of Erica Handley, the 24-year old setter? 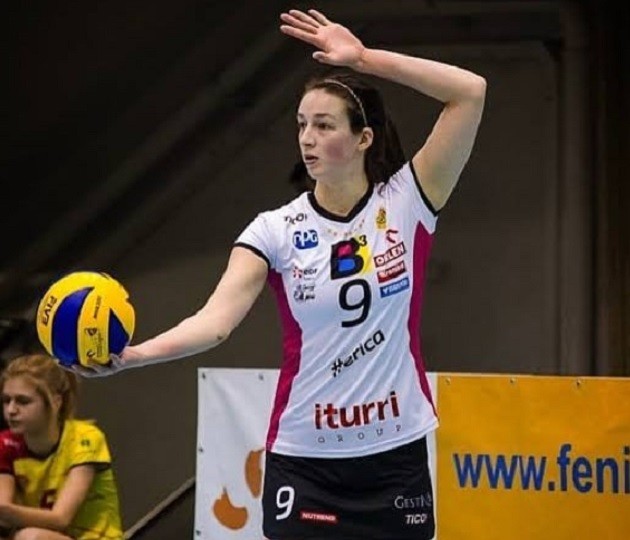 We have made an interview to hear directly from her about her experience in Finland.

You spent the season in Finland. How would you rate it?

„I had heard mixed things about Finland in terms of level and quality of life. I am from a state in the America that is almost exactly like Finland when it comes to the weather so that was any easy adjustment. The people are also very nice and speak English very well. When it comes to the level, I was actually surprised by how much better it was than I was expecting. The budget is the only thing keeping Finland from becoming a super strong league. The teams that have the budget are able to buy 2-3x more foreigners than the teams of lesser budgets. But even with a lower budget some teams were able to strive with mostly Finnish players and a few foreigners. My team had the least amount of foreigners and we won the Finnish Cup and made it to the Semi-Finals. So even with lower budget teams the league is able to play at a high level.“

You had been named MVP in a couple of games in this league. How does it feel like when you earn that award as a setter?

„Winning MVP as a setter feels great when it happens. I thinks it’s very rewarding when you know that you played a very balanced game in terms of spreading out the offense, or you scored more points than setters usually do with blocking, aces, and kills. As setters we know it’s our job to make the hitters look good, but sometimes it’s nice to get a little recognition.“

Have you got used to life in Finland?

„As I said before, I am from a state in the United States that is the same as Finland. Lots of snow and very cold! And everyone speaks English very well so there was rarely a language barrier. Overall, I had a great experience in Finland.“

After playing in a few leagues in Europe, can you describe which league was the best for you?

„In each country I’ve played in I have learned a lot about not only myself, but also about the game of volleyball. I wouldn’t say that one league was better for me than another. I would say that I became better at each league I’ve been to, and I am excited to see what I can learn about myself and the game in the next league I play in!“

Where would you like to play in the next season?

„I think Turkey and Italy would be amazing countries to play in. I am also looking for a country that is passionate about the game and allows me to play at a high level. My agents Katie Carter and Tunc Afsar are taking care of it“

What are your goals in volleyball?

„My goal is to play at the highest level of volleyball and continue to learn along the way. I have heard from various people that “setters play at their best when they’re 28 years old.” So ever since I heard multiple people tell me that it has been my goal to see what I play like at 28. I am currently 24, so I have a few more years to learn and see what that 28 is all about!“

Who was your role model when you started playing volleyball?

„Growing up in America, we don’t have a professional league and we couldn’t really access professional volleyball games overseas, so I grew up watching University players. There was one setter that I always wanted to be like and her name is Jennifer Lopez. Yes, that is her real name. And no, it is NOT the world famous Pop Star J. Lo. Jen Lopez was a setter who was very confident, intense, aggressive, a great teammate, and a great setter. All things that I didn’t know I wanted to be until I watched her play.“

INTERVIEW: Todor Skrimov for WoV – “In...