As we approach the start of the 2013 World League, former Italian volleyball player Andrea Zorzi spoke about his favourite moments from last year’s volleyball action and his predictions for the upcoming season. He thinks Russia can dominate the volleyball world. For more latest volleyball news visit worldofvolley.com 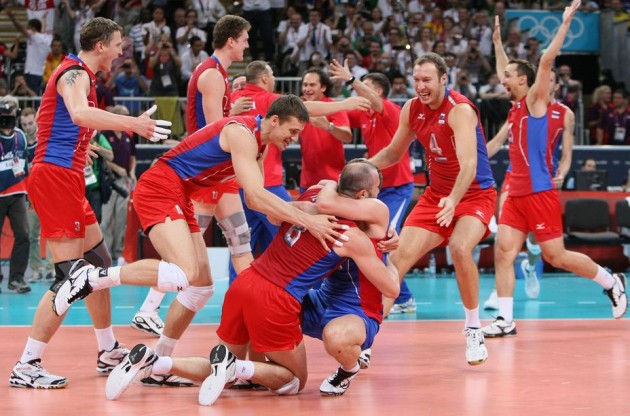 “Whether you were present in London or viewing the action on TV, we all watched the Olympic Games last year in anticipation of the next great sporting moment. On the volleyball courts we were not disappointed.“

“The Olympic Games were filled with many memorable moments, but for me the highlight had to be the third set of the men’s final between Russia and Brazil. Leading the Russians by two sets, Bernardinho’s players were so close to the gold medal that is until Russian player, Dmitriy Muserskiy, who usually played as a middle blocker, spiked as opposite attacker to foil Brazil’s attempts to win the match points. It was the kind of volleyball action that keeps you at the edge of your seat and shows you that the tables can turn very quickly in this sport.”

“The women’s quarterfinal matches between China and Japan and then Russia and Brazil were a pleasure to watch for the sheer elegance and sophistication of the technique on display from all four teams. The teams were well matched in terms of skill and agility as evidenced by the five unbelievably well balanced sets, which saw two points diving Japan from China even after two hours and 25 minutes.”

“Closer to home I am looking forward to the 2013 season when the Italian national team, led by Mauro Berruto, will enter this year’s World League with some young players. He can count on talented young setters and attackers and it will be an opportunity to test their level in a top tournament while giving some of the more experienced players the time to rest.“

“Although there’s still a way to go until we reach the 2014 World Championship, I believe that the final four teams in that competition will be Russia, Brazil, Italy and Poland. If the Russian players continue to work on their astonishing physical and technical talent, there is no telling the extent to which they could dominate the volleyball world over the next few years. The 2012 Olympic Games gold medal has definitely set them on the right path to achieve this feat.“

Andrea Zorzi is a former Italian volleyball star who won two FIVB Volleyball Men’s World Championship crowns in 1990 and 1994 as well as three World League titles from 1990-1992 where he also won the Most Valuable Player award at both the 1990 and 1991 editions. He was also a silver medallist at the 1996 Atlanta Olympic Games and won the 1989 European Championship in a career which spanned 325 matches. After retiring in 1998, he collaborated with a number of important Italian TV networks as well as international newspapers as a journalist.