Cuba: Cuba To Train in Peru

In all fairness to this young Cuban team, they showed a lot of guts and potentials when they competed at the 2011 Pan American Games especially against Brazil in the gold medal match. They might’ve lost the heartbreaking 5-set match but we give the Cuban players a lot of credit for the great game they showed. 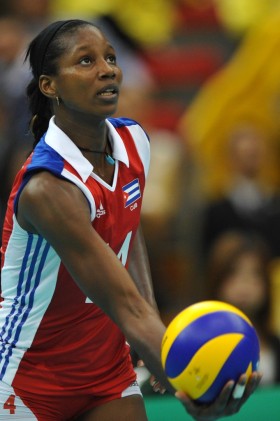 Cuba To Train in Peru

Cuba will be training in Peru. They will leave Havana on February 29th and remain in the Peruvian city of Caraz for 3 weeks. Why Peru and not in Cuba? It has something to do with the training site being above sea level (more than normal?) which helps the athletes to physically train.

Cuba has a lot of work to do. They haven’t tasted any major international success since finishing 4th at the Beijing Olympics 4 years ago. They missed the 2009 and 2010 editions of the World Grand Prix but made a not-so-successful return last year.

We hope 2012 will give them a fair share of success. First they need to win the NORCECA Olympic Qualification Tournament to be held in Mexico from April 29th to May 5th. They’d play against Dominican Rep, Canada and Puerto Rico. Take note, the winner wins an Olympic ticket and will join host Great Britain, Italy, USA, China and Algeria.

Cuba is also scheduled to compete at the 2012 Grand Prix.

PHOTO OF THE DAY: Capello, you should...