Volleyball is a game of constant motion. A team can touch the ball three times on its side of the net. The usual pattern is a dig (an underarm pass made with the forearms), a set (an overhead pass made with the hands), and a spike (the overhead attacking shot). 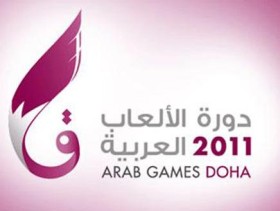 The ball is served into play. Teams can also try to block the opponent’s spike as it crosses the net. Power and height have become vital components of international teams, but the ability of teams and coaches to devise new strategies, tactics, and skills is crucial for continued success. There are six players on court in a volleyball team, each of whom must rotate one position clockwise every time their team wins back service from the opposition. Only the three players at the net positions can jump and spike or block near the net. The backcourt players can only hit the ball over the net if they jump from behind the attack line, also known as the three-metre line, which separates the front and back parts of the court.

The Fédération Internationale de Volleyball (FIVB), where the first regulations were formulated, was founded in 1947 in Paris. FIVB consists of 220 affiliated federations and governs, manages, and promotes all forms of volleyball and beach volleyball worldwide.

The Sport Entry Form, by Number is the preliminary entry form and indicates the total number of male and female athletes that an NOC intends to enter into each sport. Each participating NOC must submit its preliminary entry form(s) to AGOC no later than 23:59:59 AST (GMT +03:00) on July 31, 2011.

The Sport Entry Form, by Name (individual and team) is the final entry form and officially registers the athlete for his or her respective competition(s) in the Arab Games. Each participating NOC must submit the original form(s) to AGOC no later than 23:59:59 AST (GMT +03:00) on October 17, 2011.

No entry forms, alterations, or additional applications will be accepted after the aforementioned deadlines.

The volleyball competition will be held in the Indoor Hall at Al-Rayyan Sports Club.

The AG Doha 2011 Volleyball–Indoor Competition is open to men and women.

*Events are subject to change.

CEV ExCom and Board coming up this...