The head coach of the Serbian volleyball players, Igor Kolakovic, announced the list of the players who will play in the qualification for the Olympic Games. However, Ivan Miljkovic is not on that list. 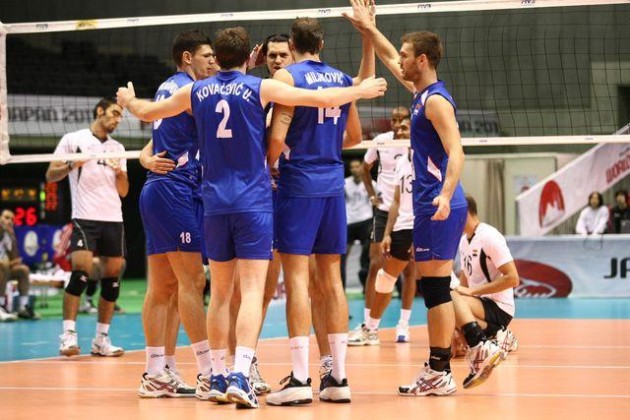 This is the list of the candidates for the tournament of the European Qualifications for the Olympic Games in Bulgaria from 8. to 13. May and is also the list for the World League.

The Council of the World League FIVB, took the decision that this year in the World League national teams can have 25 players, so the list will not be shortened. All the players will be available to the coaching staff. Milkovic is not on the list of Kolakovic, because he decided not to take part in the World League, like in the previous years. However, it is expected that he will be on the list if our team manage to qualify for London.

BUL M: Is there a healthy middle...

CEV: Another convincing win for the home...