From the next season Japanese league will look a lot different. 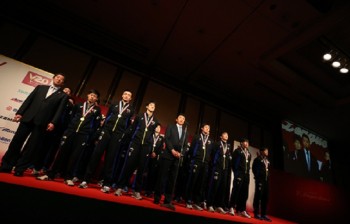 Eight teams will start the competition as in this season. There will be three circles of rounds, and after that SIX best clubs will advance into the next round. The worst two will go to play-out.

Then, those six will form the winners stage, where there will be one circle of rounds. After that, the first placed team will directly advance into the final, while second placed and third placed will play in the semifinal.

There will be only one game in the semifinal as well as in the final.

ITA M: Lorenzetti and Giuliani will remain at their positions

Tsetso Sokolov is going to be a...