FIVB Volleyball Men’s Club World Championship favourites Sada Cruzeiro have arrived in Belo Horizonte in top form, as they look to defend their title on home soil in the Mineirinho Arena from May 5-10. Belogorie and Trentino are Europe’s representative in the competition that rounds out the club season. 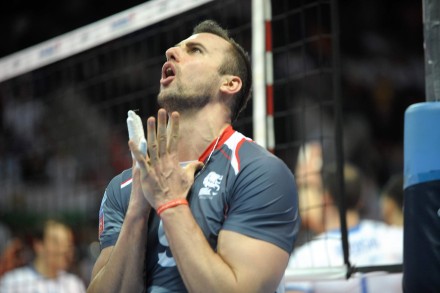 The toughest opponent for the star-studded Sada Cruzeiro squad promises to be Champions League winner Belogorie Belgorod. The team, spearheaded by 2.18-metre Olympic gold medallist Dmitriy Muserskiy, may just have suffered a shock 1-3 defeat at the hands of eventual champion Zenit Kazan in the semi-final of the Russian championship, but the star team from the land of the Olympic champions has its sights set firmly on the Club World Championship title.
“I talked to the players, we analysed our errors, and we are motivated to iron them out,” said Belogorie mentor Gennady Shipulin. “I am quite happy that the Russian season has come to an end. We still have another competition round the corner: the Club World Championship in Brazil.”