It has been confirmed that the volleyball teams of the Russian Super league will welcome Redwitz Rafael, Marlon, Grozer, Esko and Oivanen. 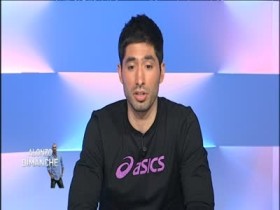 Before playing in the final of French championship with Tours, the Brazilian player, Rafael Redwitz, has confirmed his arrival to Iskra Odintsovo. Another Brazilian who will continue his career in Russia is Marlon. The experienced player has left the powerful club RJX. The Finn Mikko Esko, has been transferred from Modena to Nizhni Novgorod, where he will be accompanied by his compatriot Mikko Oivanen. The German player Georg Grozer has signed the contract with Lokomotiv Belgorod, after closing the season in the Polish club Assecco Resovia.

CEV: Another convincing win for the home team as Turkey shuts out Croatia

Does volleyball need some new rules which...

PHOTO OF THE DAY: Iran is counting...