WoV in Florence – 2 days…groups are complete

Two days until the beginning of the 25th Final Six of the FIVB World League in Florence. From yesterday, the groups are complete. Australia has joined Italy and USA in Pool H, while Russia, Iran and Brazil will play in Pool I. 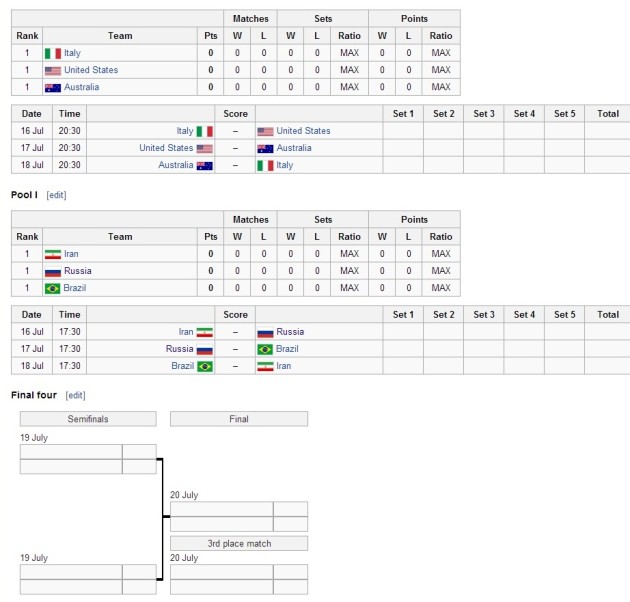 Last time, Australia has played at the FIVB World League in 1990 where they did not win a match.

This season they have finished at the bottom of Pool C with five wins and seven defeats but they have qualified for the semi-final of Group 2 as the host team.

At the Final Four tournament which was held on Friday and Saturday in Sydney, Australia has recorded straight sets victory over Netherlands and in the final they have defeated France after five sets.

The team of head coach Jon Uriarte will have a major challenge in the group in which are the hosts and USA.

Rida Erlalelitepe for WoV – “My dream...