Here is the second part of the exclusive interview with Thomas Edgar. 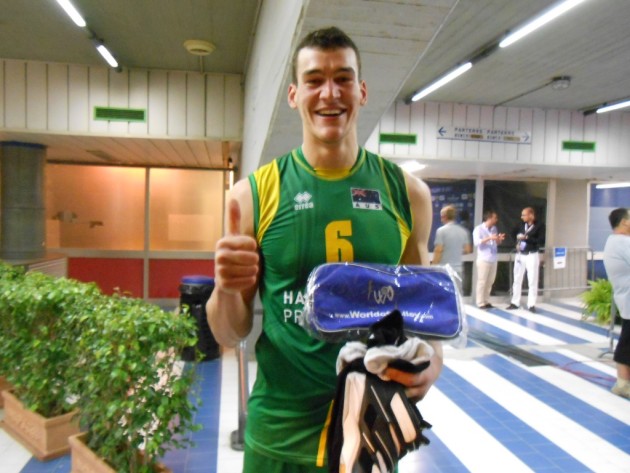 This time, Thomas has talked about Australian National Team and he started with the opening game on the World League F6 against USA…

“It was a match with two stages for us. At the beginning we played an error-free volleyball which is unheard of at this level. But, USA stood up, as it was expected from a top class team. We are still a young team which is growing, and therefore we are inconsistent in some parts. I can say that I am disappointed because I felt that we are in the game, that we could match-up with them… But, we have to keep moving and look forward.”

The next opponent of Australia is Italy, host of the final tournament, and Edgar and his teammates need a win of 3-0 or 3-1 to advance to the semifinal.

“Italians have a big self belief. That is the first thing I notice on them. But, I still think that we can match-up with every opponent. They are playing in front of own crowd, so pressure is all on them. We have to be aggressive and do our best.”

Anyway, Volleyroos can call this year’s World League campaign a true success, and excellent opposite agrees with that.

“This is a new ground for Australia. Not just that we are playing in the World League for the first time after 15 years, but we are at the Final Six, playing against the best teams in the world! Unfortunately, we are learning a lot of tough lessons, but I see that only as a growing.”

To read the first part of the interview with Thomas Edgar click on the following link.

Volleyball – How It All Began