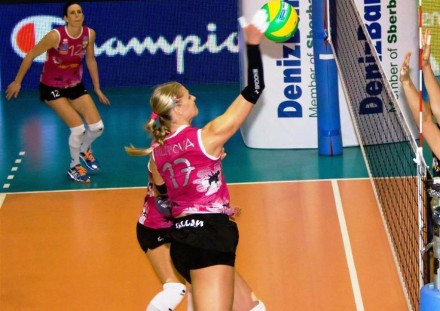 The Azerbaijani team pulled off a good start to the tournament by beating French newcomer Nantes Volley  in five sets.  After that Aleksandr Chervyakov’s team lost away at Fenerbahçe Grunding.  Despite this latest result, Azeryol BAKU still has some good chances to qualify for the next phase.

“We know that we have to improve our game.  We still have high aims this season and I am sure that we can achieve them,” Chervyakov says.

“It was two very tough matches against NANTES and Fenerbahce and I am sure we can expect another battle this Wednesday,” Azeryol’s captain Oksana Kurt added.

BUL W: VK Sliven close to disappear – has only 6 euros on bank account!