ECH M: There can be only one – Final weekend preview with Andrea Anastasi!

The “Old Continent” will get the new champions during this weekend. The reigning champions Russia didn’t manage to stay in race for winning the gold medal again and we will definitely see some other nation on the throne! 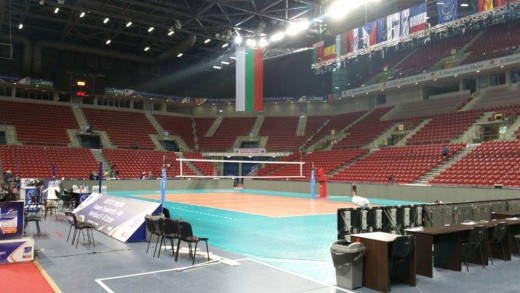 Who will lift the trophy in Sofia? We know the answer! The winner will be the team with the biggest desire, heart, fighting spirit, courage…

“The level of the European Volleyball is very high, and this edition of the European Championships is clearly showing that without a perfect technical and physical condition everybody can get eliminated before they are able to play in the medal zone” says Anastasi at the beginning of EuroVolley final weekend preview.

“An unpredicted semi-final Italy – Slovenia is a great example but I have to add an important note, the coach of Slovenia, Andrea Giani, who is one of the strongest players in the history of the World Volleyball is now a technician with a great temperament and knowledge. He had a huge influence on his team. Winning the European League wasn’t an accident.

Opposite to Slovenia there is the new Italian team with a good coach Chicco Blengini who built the team around Juantorena and Zaytsev. He also put the team in hands of 19 years old setter, Gianelli, who is in my opinion the most interesting young setter in Europe at the moment.  Slovenia eliminated Poland thanks to their strong service and if they continue to play like that, the Italian reception will have to stay focused. In my opinion the soul of the Slovenian team are Gasparini and Urnaut.

Theoretically speaking Italian team is stronger but if we think of Spain winning the final against Russia in Russia in 2007 or Poland playing without their strongest players in 2009 everything is possible” explains Anastasi.

“The second semifinal pair Bulgaria and France is also very interesting. The Bulgarian coach, Konstantinow slowly built a group that is a collective and in my opinion the most important decision he made was including Bratoev, the setter in the team. Also the presence of 38 years old Vlado Nikolov makes a difference, not so much during the game but from the psychological point of view. He is the real mental leader of this team” underlines former coach of Poland and adds:

“Finally France. In my opinion they are the best technically prepared team in Europe, with an amazing receiving line, Ngapeth – Grebennikov – Tilly allowing the talented Toniutti to develop a wonderful game. They play the best volleyball at the moment with great defense. The coach Tilly is an intelligent and down to earth technician and with his education based on schools in Italy, USA and Brazil he managed to create the most interesting team of 2015.”

“I would say the final theoretically should be between France and Italy but as we know in volleyball everything is possible. Also because I have never won anything in betting I would divide chances 51% for France and 49% for Italy in the final game. Although my heart stays with my country…” says Anastasi.

Recall that you will be able to follow LIVE play by play coverage from Sofia.