Poland got eliminated from EuroVolley in the quarterfinals, while they haven't secured the Olympic ticket yet... Therefore, the reigning world champions might call for help their retired volleyball stars... 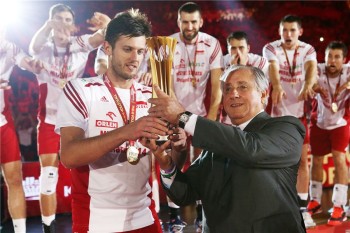 After Poland won the World Championship back in 2014, they stayed without three very important players – Pawel Zagumny, Mariusz Wlazly and Michal Winiarski said farewell to the national team… But, three of them might play again for the white and reds!

According to sportowefakty.pl, it is not excluded that Stephane Antiga calls Zagumny, Wlazly and Winiarski for the European Olympic Qualifier which will be held in Berlin in January 2016!

“If they decide to return to the national team I will consider that option. I will follow their performance during the season” stated head coach of Poland.

If you were Antiga would you bring three of them back to the national team?

ECH M: There can be only one – Final weekend preview with Andrea Anastasi!