Breaking Down the Prospect of Lottery Sponsorships

The lottery has somewhat been a staple in the lives of millions worldwide. People from all walks of life, with identical hopes and dreams, invest in pieces of paper that may or may not alter their future for the better. 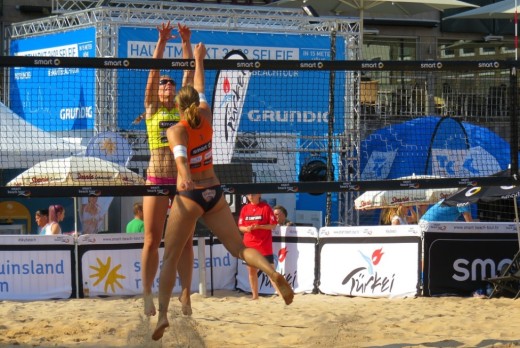 Behind the expectations of hitting the jackpot, being part of the lottery also creates a glimmer of hope that’s enough to provide fleeting forms of pleasure. And these days, this momentary confidence resonates in the equally entertaining world of sports.

Whether local or national, the lottery has become a fitting sponsor for athletes – and/or sports teams – in the recent years. In volleyball, particularly its outdoor version, it can be difficult at times to find suitable sponsorships. But in the United Kingdom, beach volleyball players have made annual earnings of up to £16,000 just from the National Lottery funding.

This is given by the British Volleyball Federation and UK Sport to cover accommodations and flights for international tournaments. Crossing to another European nation, in Germany, a television lottery brand backed up the beach volleyball scene by providing various media ventures. The support featured advertising during sanctioned events, as well as promotional activities on the radio and online.

In a different kind of team sport, one that doesn’t need funding for its players, the lottery turned their focus on fans. A report by sponsorship.com for instance, cites the California Lottery’s 2011 foray into the NFL. The state’s professional football teams, the Oakland Raiders and the San Francisco 49ers, were recognized as mediums to promote the game and give its ardent fans another reason to enjoy the sport. On to a different type of “football,” soccer, as they say in the States. The MLS’ Columbus Crew got a sponsorship with the Ohio Lottery in the same year. The promotion was sort of a second-chance offering for soccer fans to win $10,000 via their tickets.

Quintessentially, the majority of professional athletes earn more from sponsorships than their actual salary. In fact, Lottoland who feature the Euro Millions on their site, which actively sponsors many sporting projects across the content, has a piece that talks about the difference of the superstar’s pay between their corporate sponsorship deals and their prize money/salaries. In the article entitled “The Top Highest Paid Athletes of 2015”, there’s an infographic that shows the discrepancy in the amount each superstar receives annually. Only a few exceptions, such as Kobe Bryant, Peyton Manning, and Cristiano Ronaldo, have made more from sponsorships than their yearly income.

Though it may not be as glamorous as major backers such as fast food chains, sports apparel, or multinational companies, lottery sponsorships still get the job done in terms of exposing people to global competition. All in all, it has become apparent how the lottery presents various opportunities to change the lives of both professional athletes and their most loyal fans.

EXCLUSIVE: “Our next goal – World Championship”...