RIO 2016 M: The most dangerous servers at the Olympic Games (LIST)

These volleyball players will be very dangerous from the service line. They will try to disrupt the reception of the rivals… 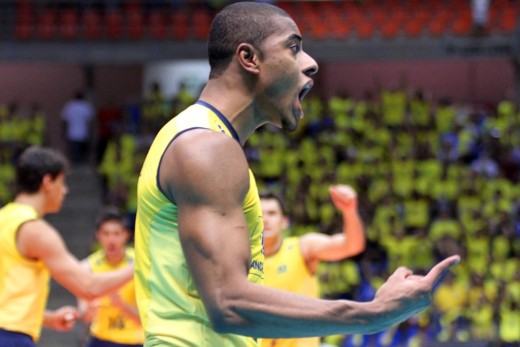 Let’s start with the host team. Definitely, they have a few strong servers but we will single out two of them – Wallace and Lucarelli. These two players risk with the serve very often and receiver have a lot of difficulties to provide a good dig for their setters.

Kevin Le Roux and Earvin Ngapeth (France) will be making pressure on the rival’s defense from the service line. Le Roux is well known as a strong server, while Ngapeth is constantly changing the style of the serve, which causes a lot of troubles to the opposite defense. Also, we won’t forget about Antonin Rouzier.

Matt Anderson (USA) and Maxim Mikhailov (Russia) are going to serve strong at the Olympic Games. These two teammates from Zenit Kazan have destructive hits from the service line. They will have a huge impact on their teams. There is one more player with a strong serve from USA – Micah Christenson.

The most dangerous float serve is coming from Poland! Mateusz Bieniek knows how to confuse the rival and how to score an ace with the float serve. There are also strong servers such as Bartosz Kurek, Michal Kubiak…

Ivan Zaytsev and Osmany Juantorena will be the main weapons of the Italian national team. Facundo Conte from Argentina will be sending bombs from the service line. Also, Gavin Schmitt (CAN), Salah (EGY), Mirzajanpour (IRA) will try to score some aces at the Olympic Games.

If you want to add more dangerous servers, send us below in comments.

TUR M: These players are staying in Halkbank!

Disagree, how can you ignore Lucao in Brazil, Gianelli and Vettori in Italy, Ghaemi, Seyed in Iran, A.Volkov in Russia,Poglajen and Luciano in Argentina,Holt in USA

How about lanza and antonov from italy?