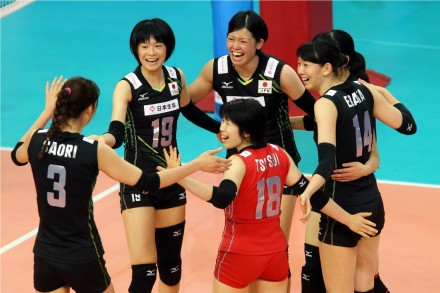 Japan will host the 2018 edition of the FIVB Volleyball Women’s World Championship just two years ahead of the next Olympic Games in Tokyo in 2020. A nation of volleyball fans will get a chance to see the world’s top teams play for the FIVB’s ultimate prize at state-of-the-art venues across the country.

QAT M: What a volleyball fail – he tricked opponent’s block, but… (VIDEO)

Hoping Risa Shinnabe will come back to the National Team.