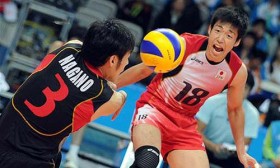 The win lifted Cuba to a 2-1 win/loss in the Volleyball World Cup, while Japan slumped to 0-3.

Fernando Hernandez starred for the winners once more, with strong backing from Wifredo Leon, who was named the most impressive player of the match.

Kunihiro Shimizu and Daisuke Yako were the key players in Japan’s attempt to get its first win of the tournament.

Japan, which previously lost to Iran and Argentina, just could not deal with the overwhelming power game of the Cubans.

TOP 20 men’s volleyball transfers for the...