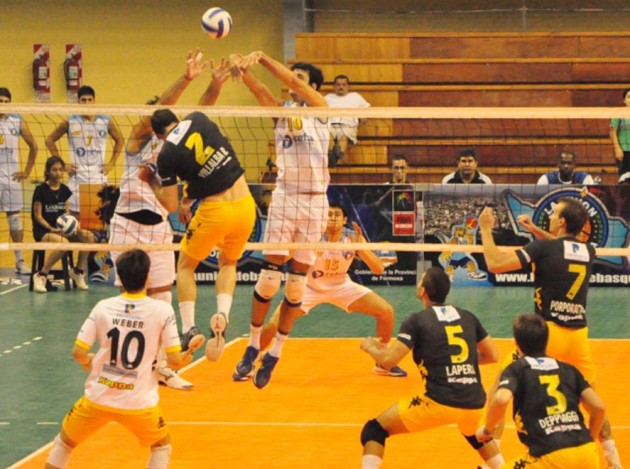 La Union de Formosa started by dominating the match with good defense. Fabian Muraco‘s team managed to come back, tie, and take the lead, but the hosts eventually won 28:26. In the second the hosts started with a 5:0 lead, and it was clear that thay would win this set, and they did with 25:14. The third was like the second, but this time Olimpo de Bahia Blanca led 8:16 on the secobd tehnical timeout and won 16:25. Uninon finished the match in the fourth set.

Cristian Imhoff with 22 points and Javier Vega with 21 were the top scorers.