The coach of Serie A2 Champions, Diego Scroca, analyzed the season, talked about the league and home-court advantage in Morón. But he could not avoid talking about the disappointment that generated after being left out of the playoffs. Read more volleyball news on worldofvolley.com. 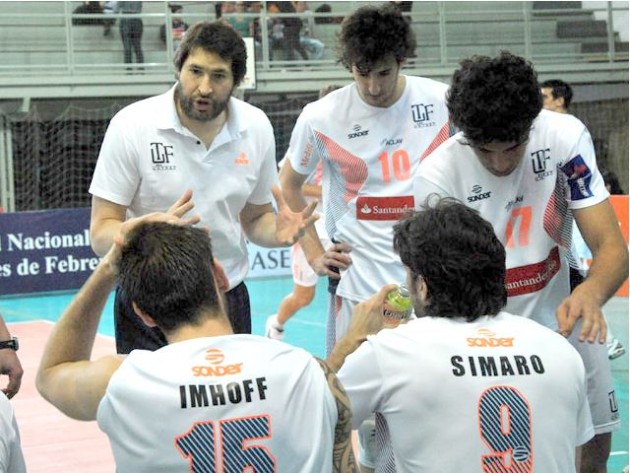 “The balance in terms of outcome was not what we expected because we were looking for place seven or eight, in order to enter the playoffs. So that was bittersweet, product did not reach us by difference of games won. That’s the big deal, a point that we were inside.” These were the first words of Diego Scroca, UNTREF Voley coach after the season ended.

Until the last moment UNTREF fought with PSM Voley for access to the next round of the National League of Argentina.

“As a new team with a new coaching staff that started in the top domestic competition, it was not so bad. But we did not perform according to expectations. We were very close to achieving the goal. We missed by not knowing how to play certain balls at peak pressure. The team will do that as time goes on and it’s precisely what we will try next year.“

He added: “While we have experienced players, we also have guys who have played only three or four seasons. This situation led some teams we overcome with tranquility. Because of building a play structure, we did not serve well.“

After the first year of UNTREF Voley in the top flight, coach didn’t criticize but expressed hopes of improvement before the next tournament: “If we could go back I would change many things. But now, all I can do is learning for next year.“

ESP M: Ignacio Sánchez – “For us it means something more than just a final”