No better way to close a friendly three matches tour with the Seniors' of Cuba for the Argentine Seniors' Men Team than with a record of three victories over three matches played during the last week prior to the FIVB World League that will start for the light blue - white jersey team in USA in a very demanding Pool. Read latest volleyball news on Worldofvolley.com. 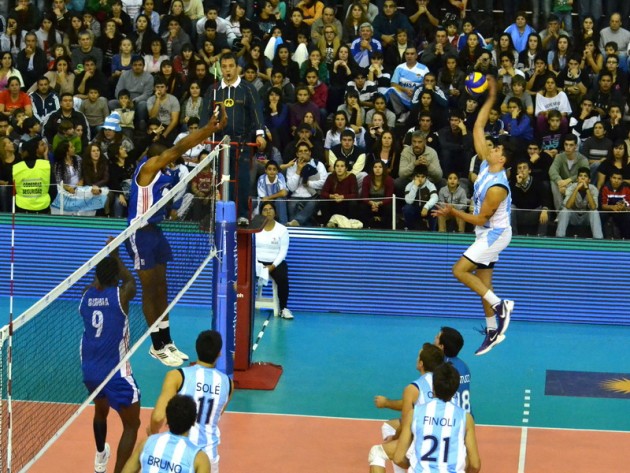 In Almirante Brown Stadium, Argentina won 3-0 (25-22, 25-19, 25-18) with outstanding performances of Rodrigo Quiroga (top scorer with 18 points) and the setters Juan Finoli (making its debut with the Seniors’) and Nicolas Uriarte.

Next Tuesday team of 12 players and the coaches will go to Wichita to debut on the Intercontinental Round of the best annual competition for National Men Teams organized by the International Volleyball Federation.

Both teams trying players showed a different starting line-up on this match. Argentina put on the field: Finoli, Bruno Romanutti and Facundo Santucci as new players while Cuba combined young players like Lazaro Fundora (94) and Abrahan Alfonso (95) as wing spikers putting Rolando Cepeda as opposite player.

Cuba got a quick lead but Argentina coming from behind recovered and never lost the leadership on the three sets showing good concentration and putting all the players their utmost knowing what is at stake. Now, no more friendly matches but the official international season that starts with the FIVB World League and whose finals will be played in Argentina in the city of Mar del Plata, mid July and goes on as main season’s goal, the qualification for the 2014 World Championship.