ARG W: Boca travels to Parana in search for victory

"Xeneize" are one step from the championship , but Estudiantes do not give up and will try to take advantage of being hosts. The match will start tonight from 21h in "Parque Berduc." 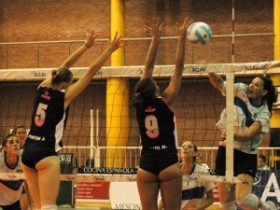 The guests are undefeated. Already 17 games unbeaten this season is the fact that expalins the presence of Boca in the finals in the League.

In the first two games played in Almirante Brown, the team led by Allona showed a simple playing but very effective,  which allowed them to close both matches in straight sets. However, Estudiantes are a difficult rival, concerning Yaccuzzi Luisina, good attacks by Agustina Sanchez and the great defense of Antonella Tabarez.

Beyond adjusted tactical details, the team of Mariano Cinaglia perhaps lacked a little rebelliousness for the key points to win one of the matches.

The third clash between Estudiantes and Boca Juniors will be on Saturday from 21h in the “Parque Berduc”. Then, if necessary, on Sunday at the same time and place.