Along with the months of the year 2012, the movement of the national teams working and training every day harder becomes real. All are aware of their engagements at the international demanding season and the first concentrations show their results. This Friday, the first concentration of the Youth's Girls Team finished at Cenard facilities while prior to them, the Senior Women Team worked at the same venue. 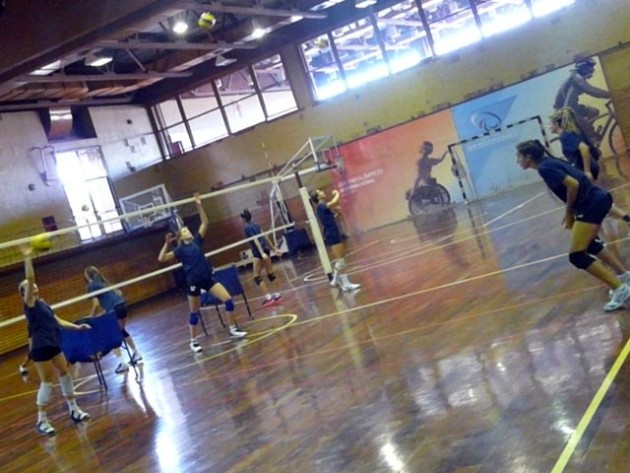 Starting on Monday, March 19th and ending today, Friday, March 23rd Guillermo Cáceres and his staff concentrated with most of the younger grass-root team that participated of the ACLAV A1 Women League. Also they watched new players including some juniors that were added to the national women teams.

Last week it was time for the Senior’s Women Team that this year will play its second consecutive FIVB Grand Priz, added to the Pan-American Cup and the hard Olympic Qualification competition to be held in Brazil in a very demanding season. The team coached by Horacio Bastit will gather again to train next April 3rd including some of the most talented players that just finished competing at the A1 Women League.

Meanwhile all the staff headed by Vicente Finelli, FeVA 3rd Vice-President, Oscar De Sarro and Fabián Ramón among others, that have to do with the three teams, seniors, junior and youth are working to plan the year, starting with comes next, April with the first concentration for the juniors and the second of the seniors.

IRN M: Velasco, you have a message...